What to do when your ball gets caught in a tree

When I became Captain, I started a newsletter containing the women’s section’s news (perhaps predictably), stories about the club, the course, etc. The newsletter is called “Captain’s Log” and the sign-off of my little blurb at the beginning is “Hit long and prosper”… remind you of anything? Anyway, last month’s started an interesting discussion, as it contained a feature about what to do when your ball gets caught in a tree: 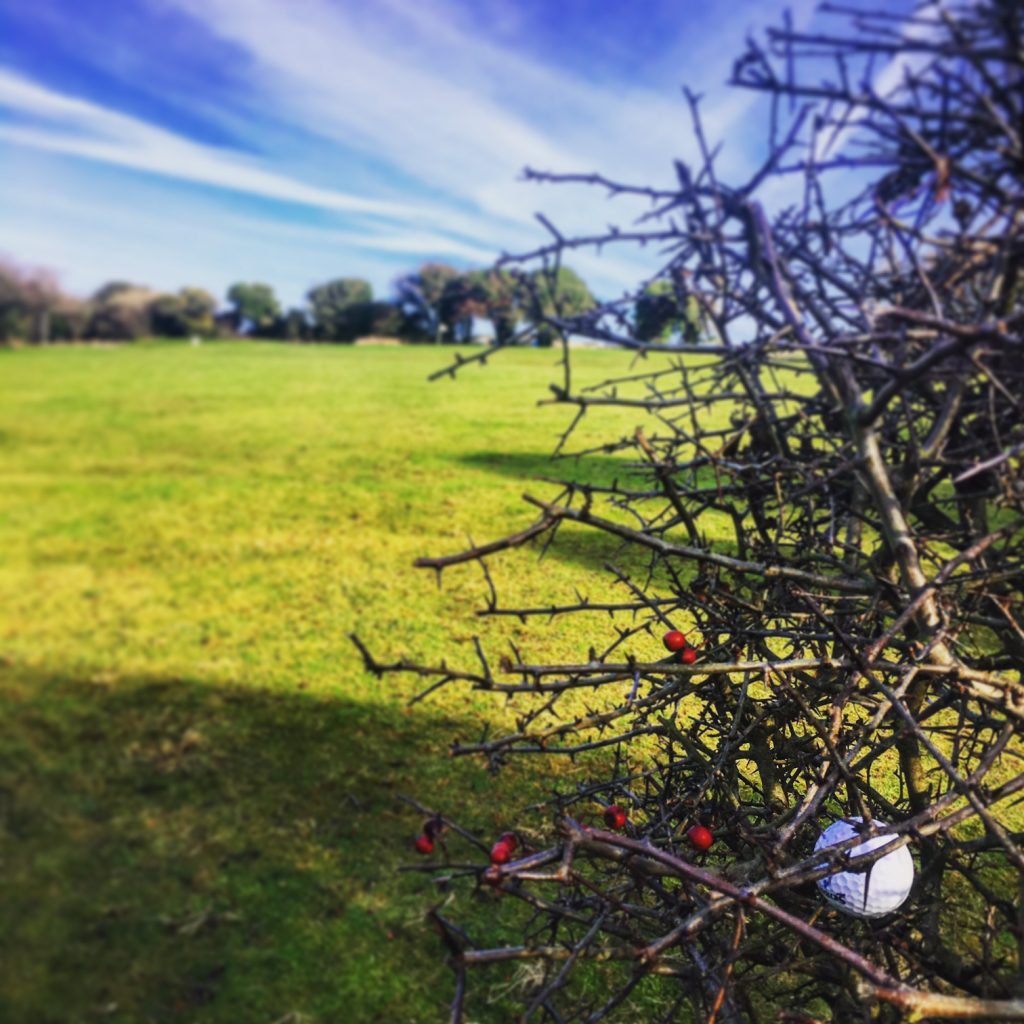 Those little trees on the 7th and the 8th couldn’t be much more annoying. You can see your ball, but it’s well and truly trapped. To get to it, you have to resign yourself to losing a fair bit of skin on your pretty golfer’s hands. Do not be tempted to shake the tree to retrieve it, as doing so would cost you a penalty shot for moving a ball at rest (Rule 18-2a – Ball at rest moved) and, to add insult to injury, the ball would have to be replaced within the needly grip of the tree.

So what are your options?

More tree fun below with Sergio Garcia. I can’t wait to try this at home.

Then a couple of members got back to me with interesting points:

First, Rule 28 (Ball Unplayable) indicates that you have two more options besides the one I gave in my post: you can also drop a ball behind the point where the ball lay, keeping that point directly between the hole and the spot on which the ball is dropped, going back as far as you want. You can also go back to the point where the original ball was played and hit a second ball.

Second, another member pointed out that by hitting the ball out of the tree, you’re likely to damage it, which is punished by a two-stroke penalty. After a bit of digging, I concluded that breaking a branch or causing a leaf to fall can indeed be punished by a two-stroke penalty, as it is tantamount to improving the lie (Rule 13-2), BUT only during a practice swing. That means that you can whack a ball out of a tree with no fear of reprisal, whatever damaged is caused. Which, obviously, we all try to avoid as we all seek to protect our natural environment. Even irritating little spiky trees.