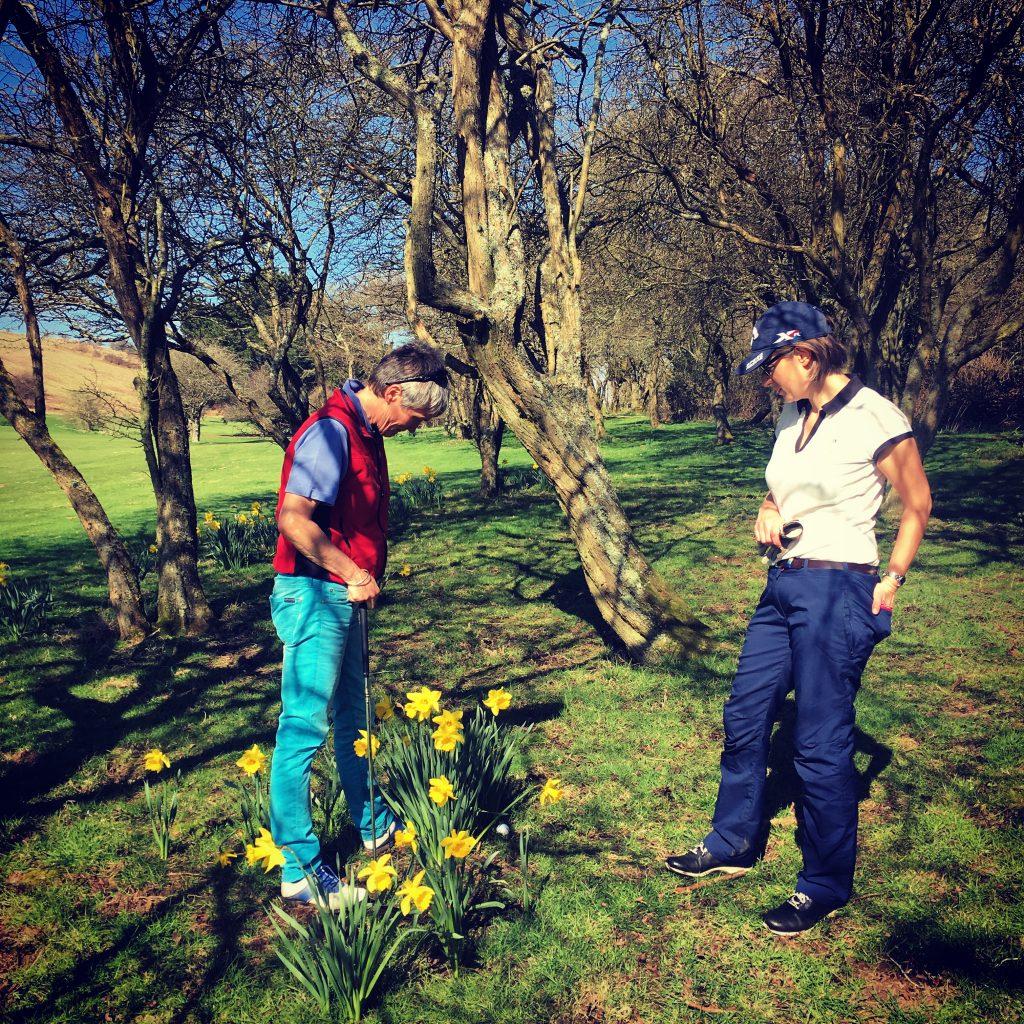 High-level discussions over the possible sacrifice of daffodils

I was in the clubhouse earlier when I saw a couple of seniors engaged in a very serious debate. I approached to investigate. It turned out they were talking about an issue my playing partners and I had to face on Wednesday: what do you do when your ball ends up in a beautiful clump of wildflowers, daffodils in our case? This is likely to happen, as they are in full bloom and everywhere at Brighton & Hove at the moment.

The rules say the daffodils must be destroyed

The consensus was that the daffodils were making everyone happy and that they should be protected. Taking a drop as close to them as possible, but no nearer the hole, was quite acceptable. The problem was, do the official rules agree? I quickly checked on the internet. The answer is that the rules are cruel. The daffodils are considered a natural part of the course and as such, the ball needs to be played as it lies.

Nevermind, we agreed on the perfect solution: a brand new local rule. It would say that if your shot in any way endangers a daffodil, you can drop it a club length’s away. We were very pleased with ourselves. It just so happened that I was on my way to see our greenkeeper and the pro, so I asked them if we could do that. Their answer: you can’t just invent local rules because you feel bad about hacking into pretty wildflowers. Also, that would mean changing all the scorecards for an issue that affects play two weeks a year.

So isn’t this a situation where the rules could be bent a tiny little bit? Yes, the player would gain a small advantage with a free drop, but so what? Is it really going to make a massive difference to her final score? In the grand scheme of things, aren’t daffodils and other beautiful children of Mother Nature more important than petty scoring? On the other hand, it wouldn’t be fair on other players in the field, who might be in the same situation and adhere strictly to the rule. Then the playing field isn’t quite level, and this bothers me.

So I really don’t know where I stand here. Definitely not on daffodils, though! What do you think?