I got disqualified for playing out of turn. Again.

At Brighton & Hove, we have this really nice competition called the Burt Brill foursomes. Players are put in two groups, higher and lower handicappers, and pairs are drawn together so that a higher handicapper plays with a lower handicapper. And off they go, playing alternate shots to get around the course as efficiently as possible. I expect most clubs have a similar competition. It’s one of the big ones, where you get your name on a board, so I really want to win it. I’m not doing too well though, as we played it on Wednesday and I was disqualified for the second year in a row. For the same reason. On the same hole. Live and learn, you say? I wish. 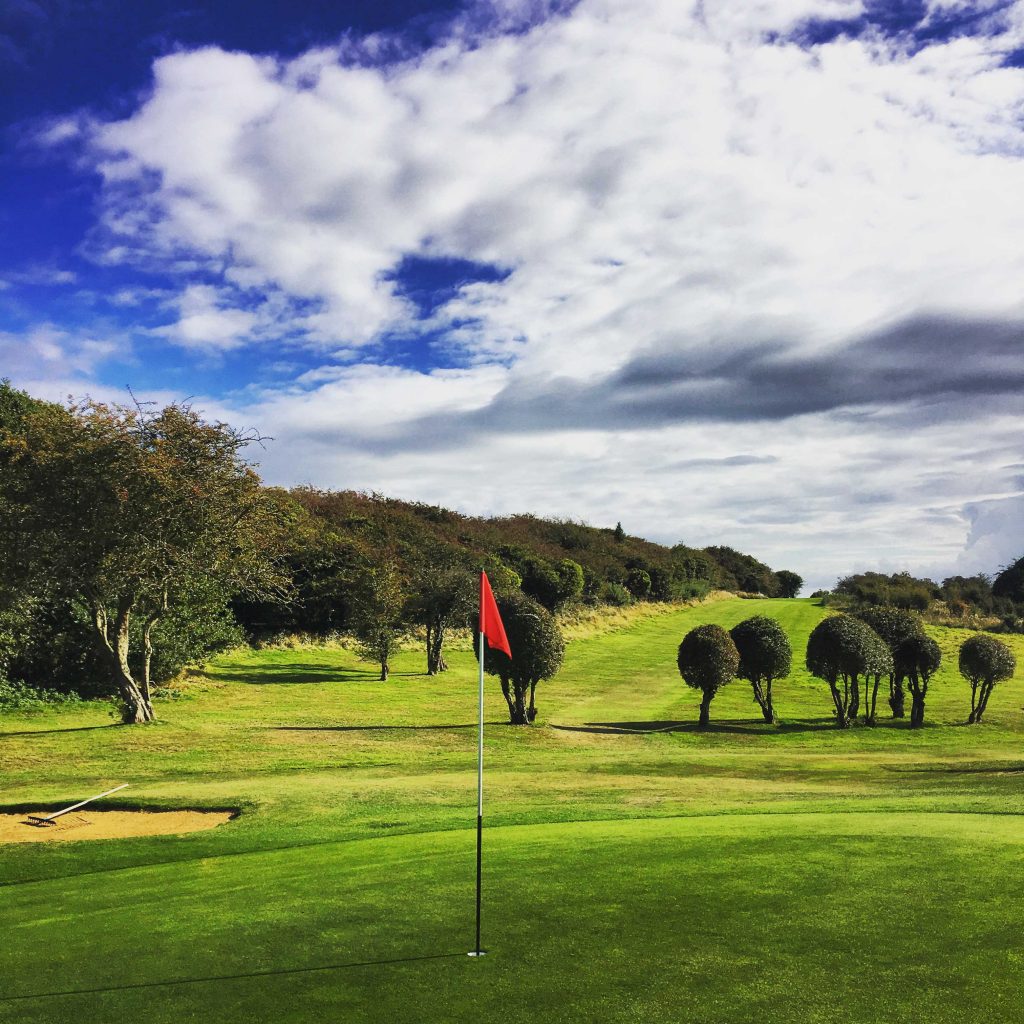 This is what happened last year: in the foursomes format, you take turn hitting the ball and one player tees off on even holes and the other on odd holes. I was teeing off on odd holes and my partner Angela on evens. All was well until we arrived on the 8th and I kinda forgot about the whole alternate thing and teed off. Neither Angela nor our playing partners noticed that I played out of turn and we finished the hole. It’s only when we got to the 9th tee that I realised Angela should have teed off. What to do? Nobody knew. We agreed that we’d go in and ask Anthony on the turn. Maybe we’d be allowed to play it again later?

This year, the mistake happened on the 8th green. My partner missed her putt by millimetres and out of sheer frustration, she knocked it in, playing twice in a row. Again, we were all flummoxed. Again, we agreed to go and talk to Anthony at the turn, but we thought it might be a two stroke penalty for playing out of turn. This reminded me of what happened the year before and I suspected we were probably disqualified.

If only I had a well-functioning memory, then I would have remembered what Anthony told us last year. When you play out of turn in foursomes, the player who should have taken the shot plays it again, from the same spot, and the game carries on. The team suffers a two stroke penalty. You have the option of correcting your mistake until you tee off on the next hole. So last year, when we realised my mistake after finishing the hole, we should have gone back to the 8th tee to play the hole again in the correct order. This year, I should have put the ball back where it was when my partner hit it out of turn and carried on playing. In both cases, we would have had a two stroke penalty, but we wouldn’t have been disqualified.

If the partners make a stroke or strokes in incorrect order, such stroke or strokes are cancelled and the side incurs a penalty of two strokes. The side must correct the error by playing a ball in correct order as nearly as possible at the spot from which it first played in incorrect order (see Rule 20-5). If the side makes a stroke on the next teeing ground without first correcting the error or, in the case of the last hole of the round, leaves the putting green without declaring its intention to correct the error, the side is disqualified.

Will I remember this? I’m not hopeful. Come back in a year to see if I’ve made it three in a row!