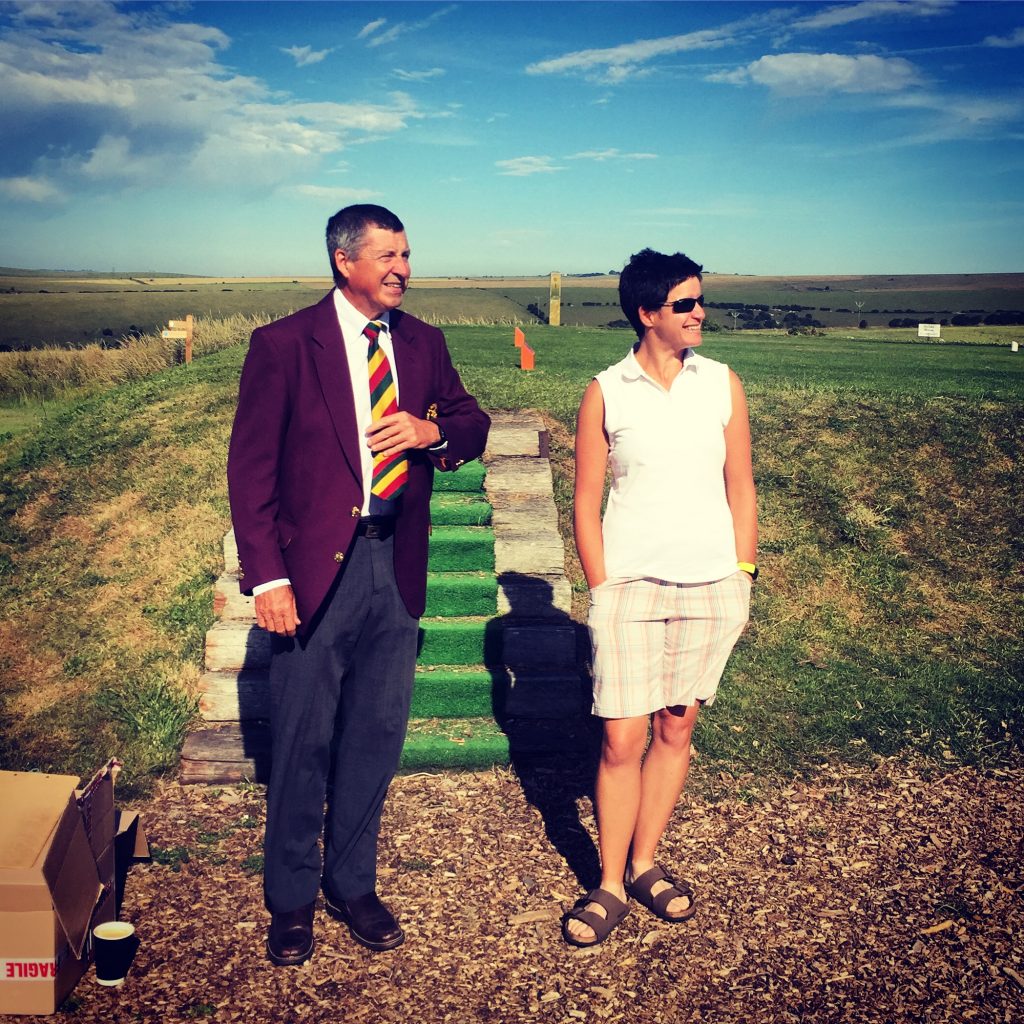 Captain Jon was lovely, as ever

It’s been a busy couple of weeks. I had my charity day on 30 June, then the committee away day on 2 July, closely followed by my Lady Captain’s Day on 4 July. The day after, I played in the Crowborough Open. At the same time, work started misbehaving with clients sending me projects I couldn’t easily fit in in between all the golf. So it’s been very busy, but I thought I should record my Lady Captain’s day, as it’s one of the big dates in my calendar.

Traditionally, the Captain doesn’t play on her day, which I was very unhappy about. I did suggest that this particular tradition should be changed and even had a couple of tantrums about it, but I was told to zip it by the real bosses. In the end, there was no way I could have played, as there was so much to organise. Also, my elbow was still sore from my charity day, so I probably needed the rest. 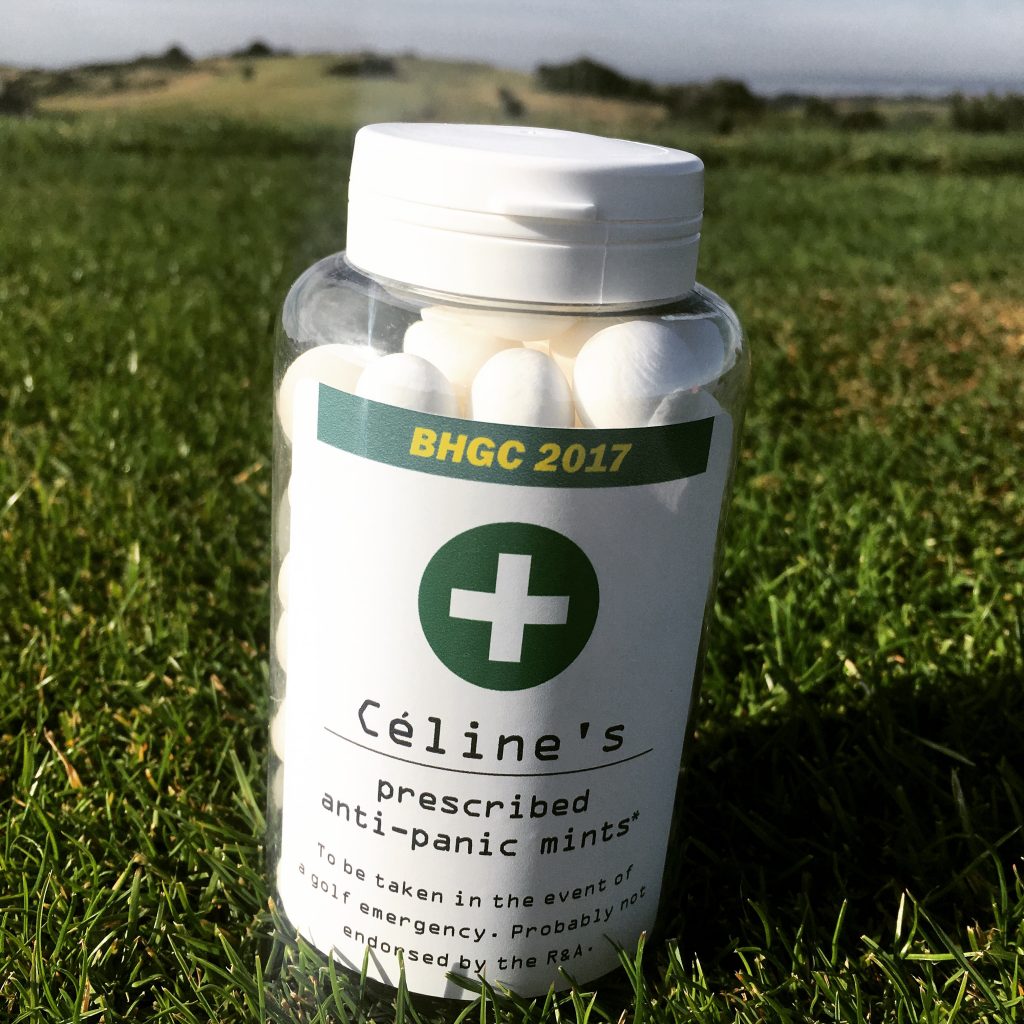 Jon, the club Captain, was there to be our starter and I gave everyone a little gift. It went down very well (I got it on Personalised gifts shop). When everyone had teed off, Jon suggested me and him should have a little putting competition. Genius! After two holes, however, I realised to my horror that the first group was about to turn and I hadn’t prepared anything. I was supposed to provide snacks and drinks after 9 holes! I threw my putter at Jon and sprinted around the clubhouse for a few minutes to get everything ready.

Once everyone had cold drinks and snacks and was safely off to finish their round, it was time to prepare the prize table, tidy up the snacks and check my rules quiz with Anthony. Before I knew it, everyone was back from playing their 18 holes of golf and I was gathering scorecards. 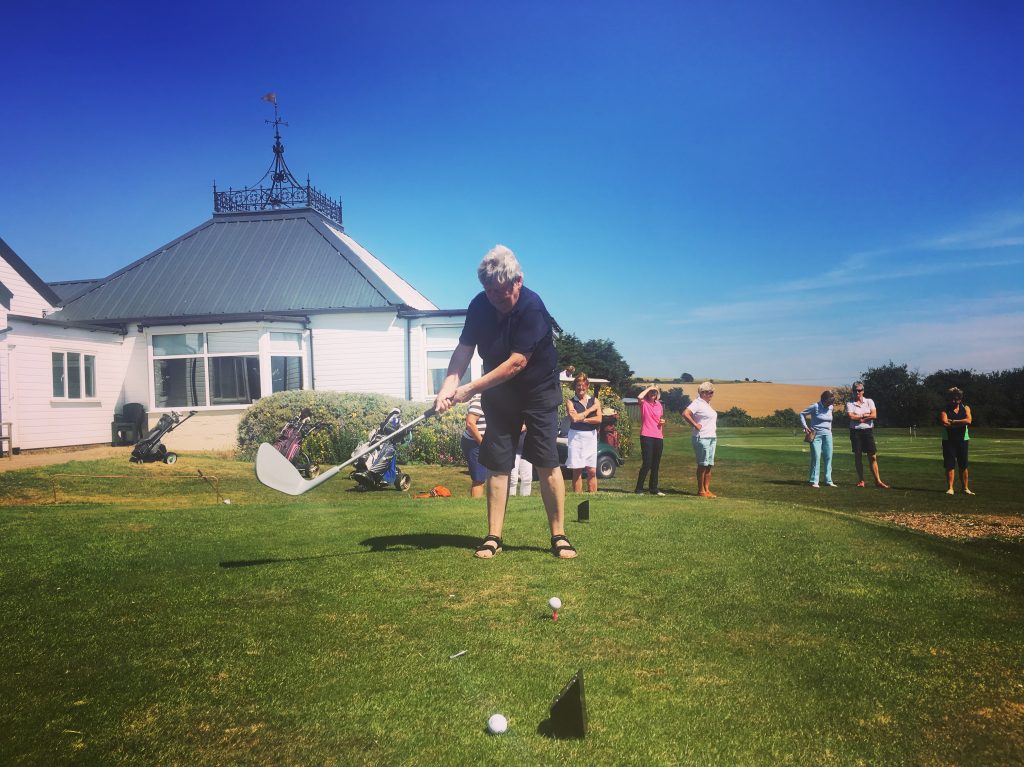 Next was lunch, a putting competition and a driving competition with Jan’s huge iron. Then we all had cake and it was time for my rules quiz. We have a lot of new members and I thought it’d be a good way to learn the basic rules. I set it so we’d go through the course, with a problem to solve on every hole. I’m not a huge fan of quizzes, but far from being a bit stale and boring, it was rather rowdy and I struggled to keep the heckling under control. I’m hoping it’ll be especially useful, as I used examples of situations I’ve actually been in on the course.

All that was left was the presentation. I was given a lovely present and a lot of appreciation and everyone went home. I had a great time and I was relieved that my Lady Captain’s Day was a success. Who needs to play golf to have fun? Next to organise on my list, I had the Ladies’ invitation to the Seniors, which happened today and was great fun. And now my next deadlines are our Open in three weeks and my away day a week later. Lady Captain’s work is never done.