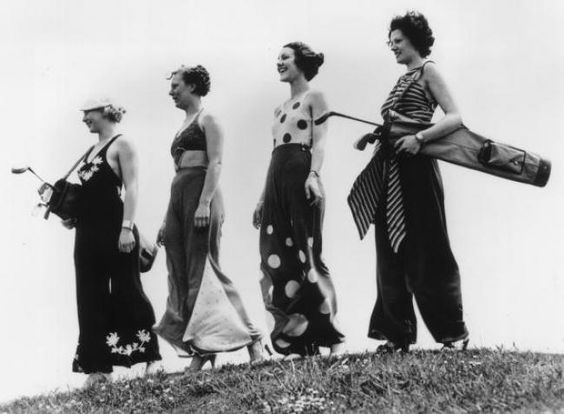 Golf dress code: when is a neckline too plunging?

Nice try ladies, but too much plunging going on

I never wanted to play golf. For months, my friend Katie tried to convince me to join her in taking lessons, and my answer was always the same: “I’m a football player. I’m not a golfer.” I just didn’t see how I could belong in a world that seemed to offer a heady mixture of racism, elitism and sexism. From a distance, all I could see were barriers, especially golf’s obsession for rules and regulations, including a strict dress code. As a woman who doesn’t like being told what to wear in her free time, this was enough to put me off even trying golf. I know I’m not the only one feeling this way. Golf suffers from an image problem, especially amongst young people, so I was intrigued when the LPGA (Ladies’ Professional Golf Association) decided to update their dress code. Violations will be met with a $1000 fine.

So certain items of clothing are NOT allowed, while others MUST be long enough. The problem I have with this is twofold:

1) It is confusing. What exactly is a “plunging neckline”? Where does the “bottom area” end and where does it start?
2) Who will be in charge of enforcing it? Do they need to provide their own measuring tape?
3) Say your skirt is of acceptable length, but a sudden gust blows it up and reveals part of your “bottom area”. Does the course architect get fined for creating a wind tunnel?
4) Why does golf have such a problem with the female body, when other sports seem to embrace it? Have you ever heard of swimmers, sprinters and long jumpers being reprimanded for showing too much skin?
5) I could go on, but I said my problem is twofold and I’ve already gone on too much. 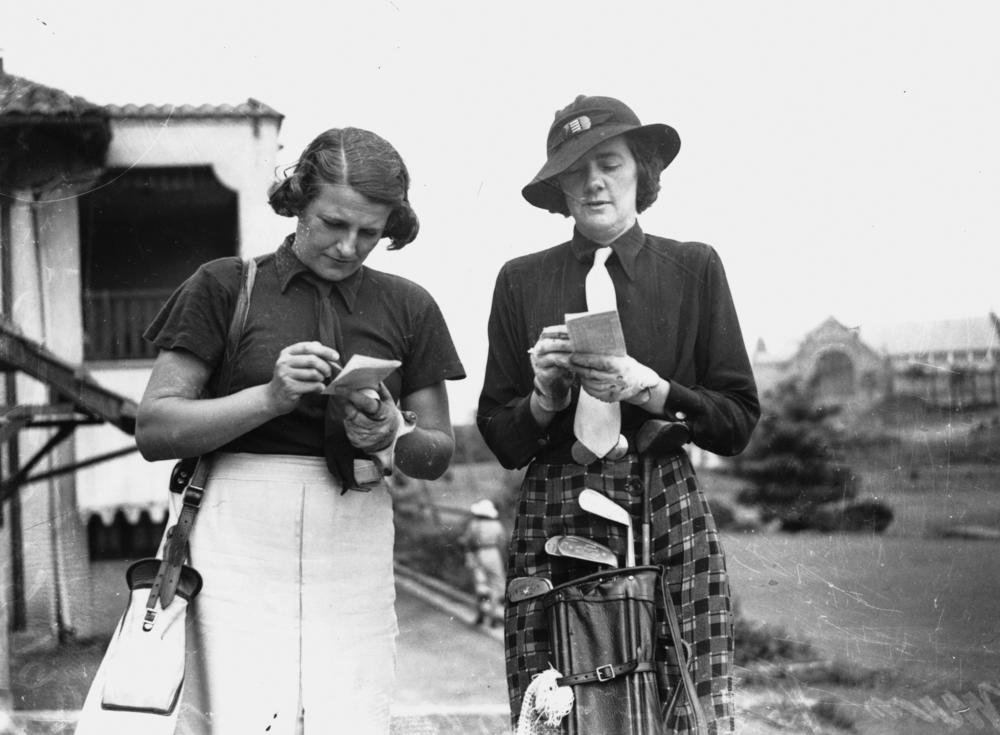 Ties should absolutely be compulsory. Love this.

All Tour professionals are athletes. They are amazing ambassadors for golf. I find it so embarrassing that they’re shamed in such a way. Their goal is to win tournaments and they have to feel comfortable and confident to play as well as they can. For some of them, that means wearing modern pieces of clothing that are cut differently from the traditional golf outfits. They’re young women; of course they’re going to have different tastes from our venerable elders. Is that really such a big problem? Is it so offensive to see a woman’s collarbones on the course? How is that harming the sport?

I understand that for some people, the dress code is a way to maintain certain standards of behaviour on the golf course. I would argue that some of the rudest people I’ve come across adhere strictly to the dress code. To me, dress code and behaviour have very little to do with each other. This change looks more like a knee-jerk reaction of an old-fashioned establishment trying to control their younger and more modern members. But the worst thing is that it was widely shared and publicised, which is horrible for the image of a sport which is trying to modernise itself in order to attract the young players it needs to survive.

This change of dress code has achieved one thing: confirming the reputation of golf as hopelessly old-fashioned and sexist. As a football player, I know an own goal when I see one. This one is spectacular. 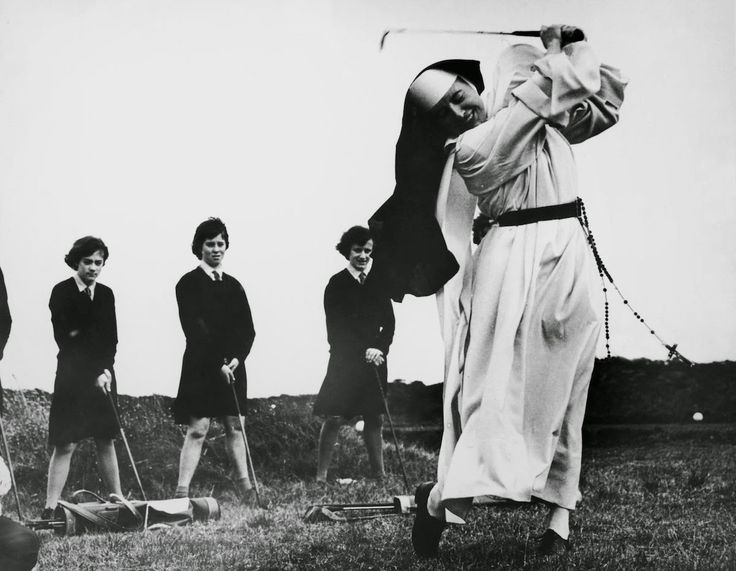 Ladies and gentlemen, we have a winner! 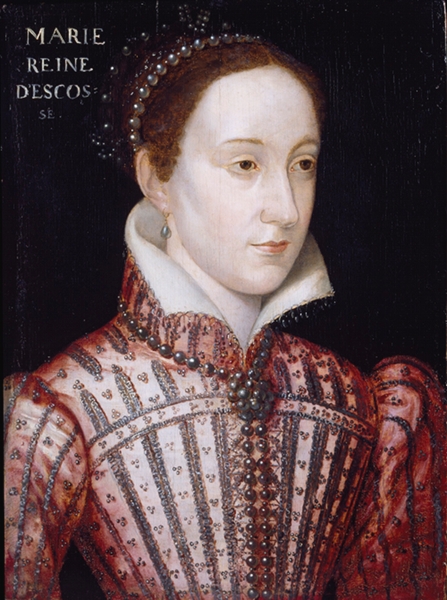 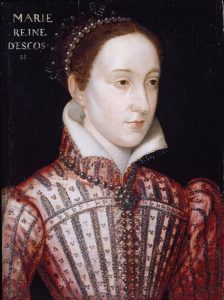 Mary, Queen of Scots and Golf

The New Year lunch was the first event I hosted this year, and it went well, but I have to apologise to our Scottish president and to the rest of the women’s section for spreading false rumours when I said a few words.

Indeed, I suggested that the game of golf was brought to Scotland by their auld allies, namely my nation of birth, the mighty French, via Mary Queen of Scots. Wrong. The game did of course originate in Scotland. The earliest reference to golf dates back to 1457, when King James II of Scotland banned golf and football because they were keeping his subjects from practicing archery. In fact, all the French may have contributed is the word “caddie”, which some say might have been brought back to France by Mary, Queen of Scots, who grew up in Paris and practiced her favourite game there. The other thing I didn’t know is that she was probably the first female golfer in the history of the game. This is what the National Portrait Gallery website has to say on the subject:

Mary, Queen of Scots (1542-1587), Reigned 1542-67
Scottish ruler
Catholic martyr
Talented golfer
Mary, Queen of Scots is known for her turbulent life and eventual execution for treason in 1587. However, she also had another claim to fame as the first woman to regularly play golf. She learned the game at an early age and played during her childhood in France. As a member of the French royal family, military cadets would have carried her golf clubs. It is possible that Mary brought this practice back with her to Scotland, where the term evolved into the word ‘caddy’. Her love of golf also contributed to her downfall. In 1567 her husband, Lord Darnley, was murdered and only months later she married the leading suspect, the Earl of Bothwell. There was much speculation at the time that she was involved in the assassination plot and this was compounded by rumours that she was seen playing golf within days of the murder.

Thankfully, my apology was accepted and I’m hopeful the usually cordial French-Scottish relations won’t be affected by my ignorance.

Your beard is bad for golf

In this interview, Andrew Johnston, known as “Beef”, explains that when he grew his beard, he was told that he should shave it, because it gave golf a bad image. He says:

“I grew it as a bit of fun and [my beard] was big. When I went to Spain I was actually going to get rid of it that week (…) but my social media went mad and I had quite a few messages saying like “Oh, your beard is bad for golf, it’s a bad image” (…) I was like, I’ll keep it now.”

With that comment, he’s won himself a devoted fan.