Proposed modernisation of the rules of golf for 2019: a revolution?

Oh great. Just as I’m learning the rules of golf, they’re changing them! Why? Because they’re too complicated, numerous, confusing and they slow down the pace of play, hence the modernisation. So I’m not really complaining. I had a look at some of the main changes, and it’s all good news. The changes simplify a lot of the more complex rules, which means that players are less likely to apply them badly or be confused as to what to do next. In turn, this should speed up play, which can’t be a bad thing. The simplification and modernisation of the rules and of the language they use is also part of a wider aim: improving the image of golf in order to stop the decline the sport has been experiencing since 2009.

I’ve been through the proposed new rules on Golf Digest, and here are the ones that stand out for me:

If your ball accidentally strikes you, your caddie, your opponent or any equipment, there is no penalty. Play it as it lies. But you cannot deliberately try to carom a shot off your equipment.
Currently: Accidentally hitting yourself, your caddie, the person attending a flagstick on the green—or an attended or removed flagstick when making a stroke from the putting green—resulted in a one- or two-stroke penalty depending on the circumstances.

That means I can now hit Angela’s buggy as often as I like without suffering a penalty!

A good example of how to speed up play: checking the ball takes a second if you don’t have to involve anyone else.

A new form of stroke play is recognised where your maximum score for a hole is capped (such as double par or triple bogey). That max score is set by the committee.
Currently: You must hole out in stroke play.

This is great, as there is nothing more soul-destroying that having to finish a hole when you’re having an absolute nightmare and well into double figures.

You can repair almost any damage on the putting green including spike marks and animal damage. You cannot repair natural imperfections.
Currently: You can only repair ball marks or old hole plugs.

This makes so much sense, and also probably helps with keeping the greens in a good state.

That is a blessed relief, as it’s not easy to work out whether you’re 50.1 or 50.0 percent certain that you’re the cause.

So long as you don’t improve the conditions for your stroke, you can touch the line of putt to indicate a target.
Currently: Penalty of loss of hole (match play) or two penalty shots (stroke play) if you do touch the line.

This rule was always very weird. As if an accidental light touch on the green could change the outcome of a putt! 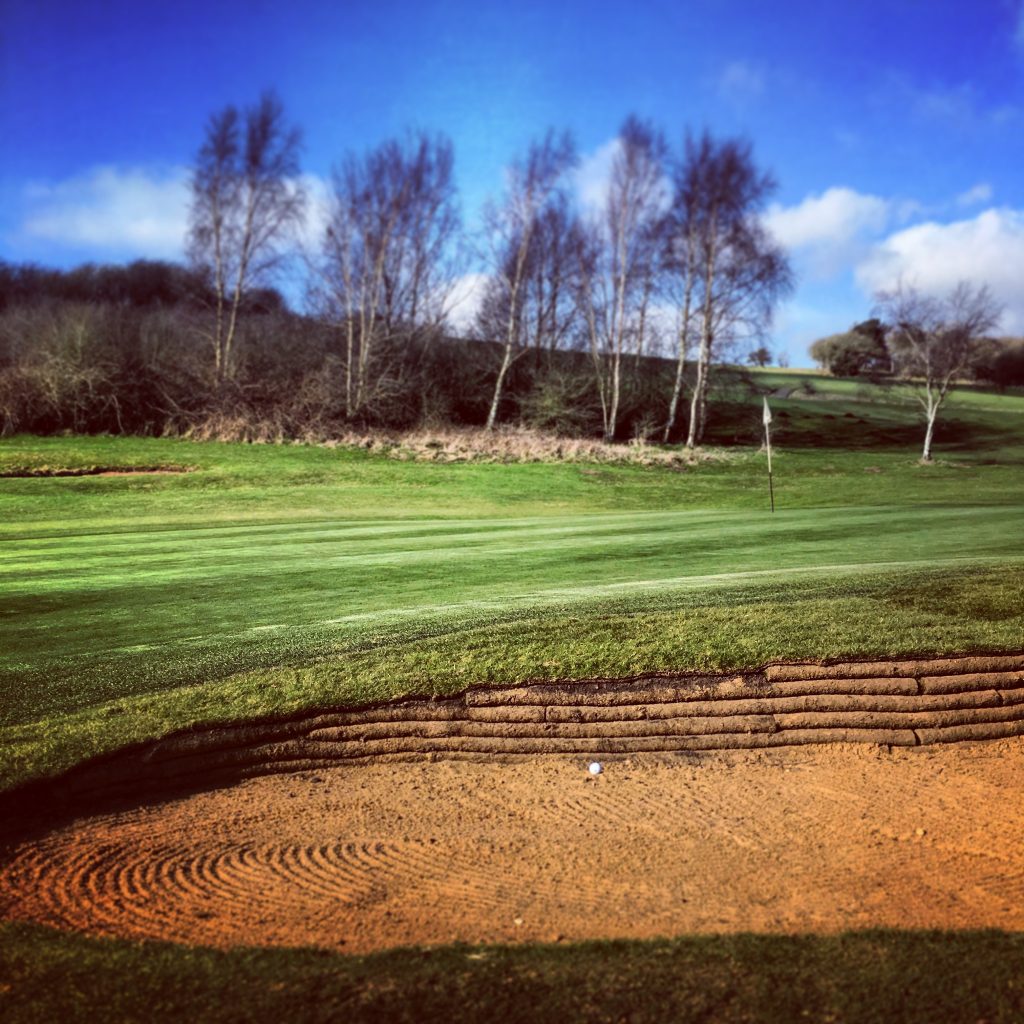 Time to hack away or take relief?

New unplayable ball relief option: For two penalty strokes, you may take relief outside the bunker by dropping a ball back on a line from the hole through where your ball was at rest in the bunker.

Currently: Penalty of loss of hole (match play) or two penalty shots (stroke play) if you touch anything with your club or hand in a bunker.

This is very welcome. Playing out of sand is tough enough without having to deal with branches, stones and other impediments. I also really like the option of taking relief, which can be useful in desperate situations.

And now for my favourite: the new rule on relief. So much more simple and efficient:

Dropping a Ball in a Defined Relief Area

Relaxed dropping procedure: The only requirement is that you hold the ball above the ground without it touching any growing thing or other natural or artificial object, and let it go so that it falls through the air before coming to rest; to avoid any doubt, it is recommended that the ball be dropped from at least one inch above the ground or any growing thing or object.

Fixed measures define the relief area: You use the fixed distance of 20 inches (50 cm) or 80 inches (2 m) to measure the relief area (no longer using one or two club-lengths); this can readily be measured by using markings on the shaft of a club.

The following video explains this change of rule:

The one rule that I think will feel “weird” and a bit “wrong” is the one that says that we’ll be able to take a putt with the pin in the hole. There will be no penalty if the ball hits the pin when the putt is taken on the green. This is such a big no no at the moment and I’m so used to taking the pin out that personally, I probably won’t apply it.

For more detail, go to the proposed new rules of golf by the RandA and the USGA.