Yesterday was my third lesson with Anthony. He said: “Let’s go and play four holes so I can see what’s happening with your swing.” Hurrah! So off I went trotting after him. He has long legs. I do not. 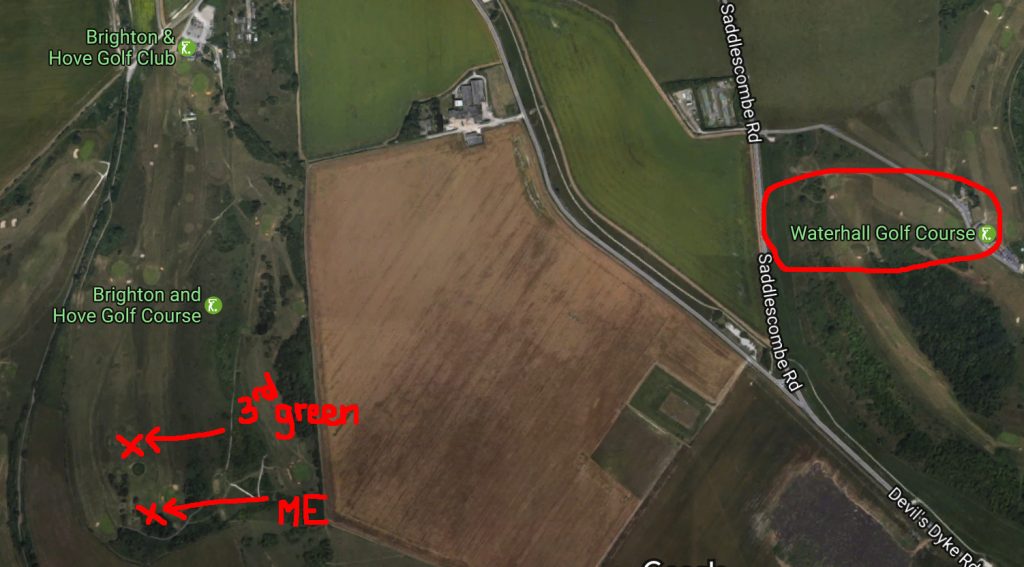 Aiming at the wrong golf course

My clubface is too closed

We started playing and I seemed to be hitting the ball well. Anthony was nodding a lot, which is good. Then on the third (par 3), my shot went left. I told Anthony that this seemed to be happening much more regularly with my new swing. He said it was because my clubface was too closed when I took my stance. He opened it up and it looked to me like I was aiming for Waterhall Golf Club (i.e. far too right, see illustration). That wasn’t going to work. With a rueful smile and a tiny shake of the head, I lined up as he said and… the ball soared over the pond, landed just in front of the green and rolled to within two feet of the hole (I missed the birdie putt, obvs). I was stunned. Anthony explained why that was and I didn’t really get it, but basically it has to do with my new improved backswing. Anyway, he looked smug.

On the next hole, a par 4, I took my stance with the clubface slightly more open and it took me a couple of tries to get it right with the driver. Then my second shot from 165 yards finished three feet from the hole (guess what happened next). “Why didn’t you tell me about the clubface thing before?” I asked. “You weren’t ready. There were other things to correct first.” Now the obvious question is “What else is he keeping from me?”. Best not to ask any more questions at this stage.

The plan for the next couple of weeks

Anthony is going away for a couple of weeks, so he wants me to play! Yes, play! He asked me to pay special attention to my clubface when I take my stance and to carry on working on my takeaway. Also, at the end of the two weeks, he wants me to rank the areas of my game again so we can compare them to the list I drew before we started our lessons. This will help us determine how to proceed. Fine. Anything as long as I can play with my buddies. 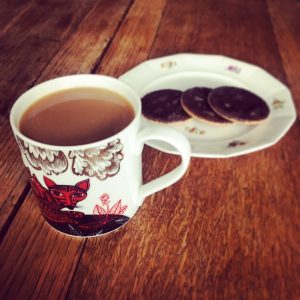 On the way back to the clubhouse, I asked him whether I should spend some time practicing now. “No, he said. Too windy.” “Are you saying that I should go home and spend the afternoon eating biscuits?” “That’s exactly what I’m saying. You deserve it.” I dutifully headed home and followed my orders.

Today, I’ve been out and tried to practice what I learnt yesterday. It worked! Well, most of the time. My new swing feels really great, balanced, fluid and compact, and as a result, my long game was unusually consistent. One month into my challenge, I’m feeling pretty good about it! Mind you, it’s hard not to feel good after spending most of your day playing in the South Downs National Park.