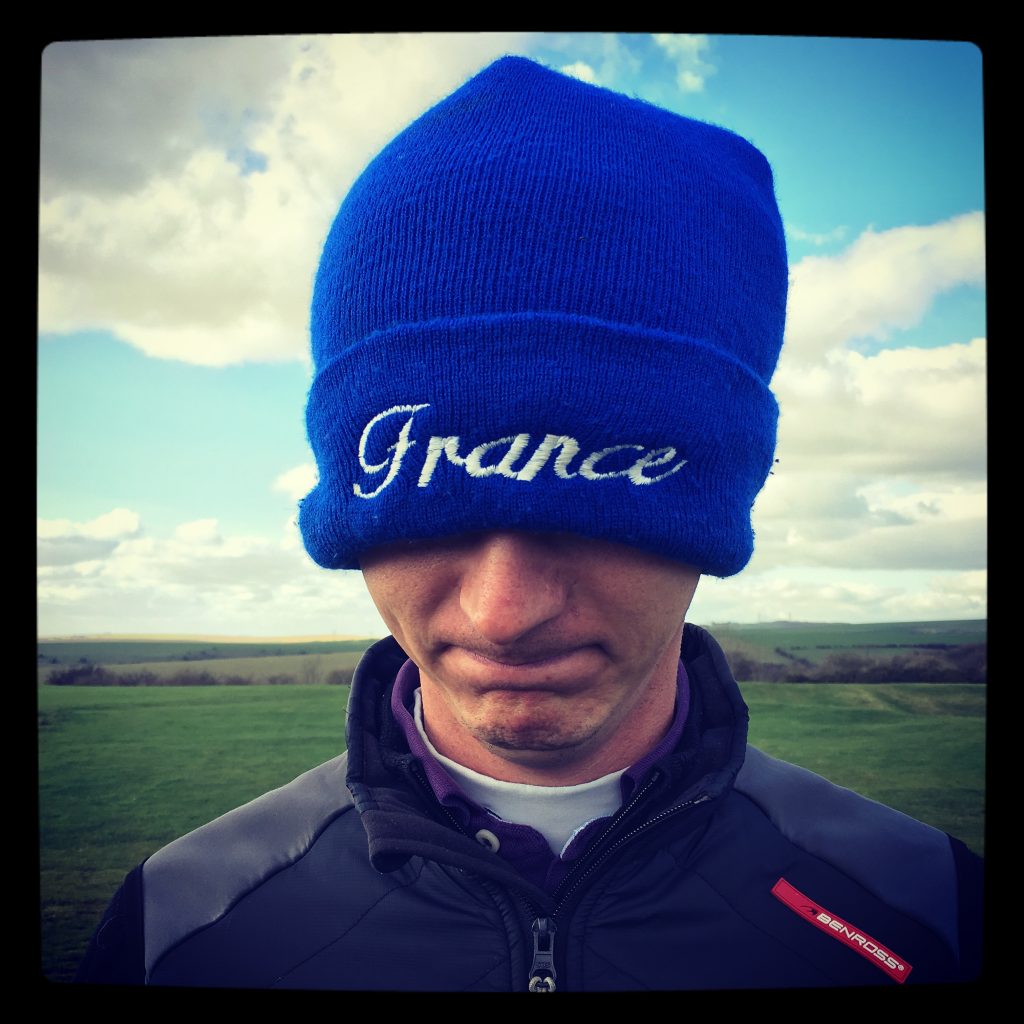 He is not worthy

I don’t practice enough so I acquire a slice

It was my first lesson after a two weeks break yesterday and Anthony was cold so I let him have my beloved France hat, bought at Murrayfield in 2000 (Scotland 16 – 28 France). After a few blissful rounds of decent, consistent golf, I had started slicing the ball and struggling with my irons again. Anthony said that the slice issue was because I hadn’t practiced enough and so my old swing was creeping back in and making a mess of everything.

I wasn’t in a great mood and this made things worse. What do you mean, the slice is my fault? My swing feels disjointed and clunky for no reason whatsoever! And I did practice a little bit. We started working on the takeaway again, but despite some improvement, my swing still felt rushed and unbalanced. I played slice after slice. It was one of those lessons where nothing he said made any sense to me.

Start the downswing by imagining my torso is rotating

After a frustrating 45 minutes, I was still hitting the ball badly despite getting my backswing back to where it should be. Anthony asked me what part of my body moved first at the start of my downswing. My hips, I answered. He advised me to imagine that my torso initiated the movement by turning towards my target. And I have no idea how or why, but that helped a bit. My swing felt a lot more compact and fluid and I started hitting the ball better. Anthony suggested that I practice this with a pitching wedge and a half-swing.

So off he went to warm up in his office and I stayed on the practice ground, fully expecting more misery and frustration. Instead, I progressively started hitting the ball cleanly, solely by picturing my torso turning at the beginning of the downswing. What would happen if I hit it with a full swing, I wondered? By focusing on keeping my clubhead open during my takeaway, then pausing slightly at the top and then initiating the downswing by turning my torso, I started hitting good shots.

Imagine all the good shots 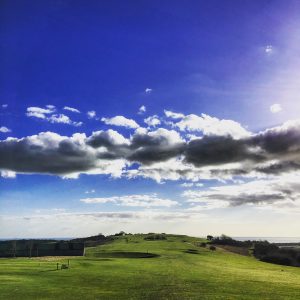 Tell me, how could I resist going out there to play a few holes?

After a while, I decided I deserved to test my improved swing on the course, so I went out to play four holes. The result: not one slice and a marked improvement. Rotating my torso first meant that my swing felt much more compact and together. It was also a lot smoother. I find it quite interesting that, since we started, we managed to overcome two obstacles not by dissecting my technique, but by using my imagination. Degrees and angles and planes don’t mean anything to me. I find it much easier to implement a technique tweak if I’m told “Imagine that you…”. This is what worked before when I got intensely frustrated and Anthony told me to imagine I wanted to hit him with the ball. Basically, Anthony is the John Lennon of golf.

First qualifying round this week

This is badly needed, as I have my first qualifying round on Wednesday. I’m not expecting a handicap cut just yet, as I’m still obviously getting to grips with my new swing, but I’d like to play to my handicap. I’m playing tomorrow, so I’ll focus on what I learnt today and hopefully it will stick. And I’ll dig out my old John Lennon records.