On Friday my lesson was on putting with the help of some nifty statistics. I waste a lot of shots on the greens, so improving this area of my game could really help with my goal. Best of all, Anthony had a gadget to analyse my stroke. I love gadgets! Gizmos! Machines! Anything with flashing lights and buttons, really. Ideally a screen. Better yet: SkyPro analyses your technique under every conceivable angle to help you work out how to improve it with a game! Say you’re hitting the ball with your club face too closed. The gizmo gives you ten shots to correct it. You end up with a score and you keep practicing until you get close to 10/10. It’s very satisfying.

A dizzying array of statistics

We identified that pretty much every single aspect of my putting stroke was off. The worst statistics were the face angle at impact, which was too open, and the shaft lean at address, which was too backwards. So that’s what Anthony asked me to work on. Move my hands towards my left leg at address, then imagine that the club face is finishing towards my left heel. Basically, the club face needed to follow more of an arc.

The results were very interesting. I always thought that I was useless at lining up my putts, because although they go towards the general direction of the hole, they never actually finish in it. However, with this new stroke, the ball followed the intended line a lot more closely. I also noticed that the ball seemed to go further with less effort. This is due to the change of face angle, according to Anthony. He warned me that I was probably going to make more putts, but also to three putt more as I needed to get used to a different pace. This was somewhat inconvenient, as I had a match the day after.

The impact of the changes during my match the day after

The result? Statistics don’t lie. Actually, they do. Quite a lot. These are the numbers from yesterday’s back 9. 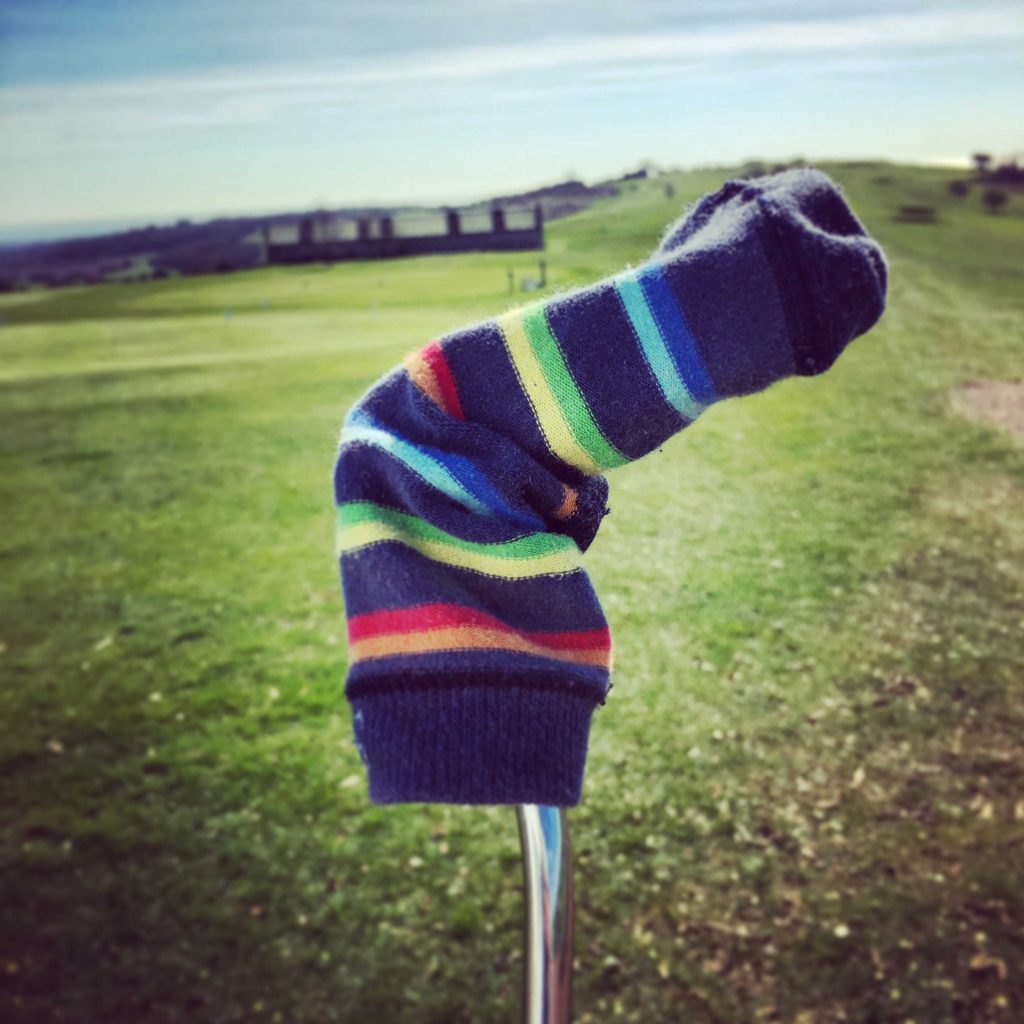 I lost my putter headcover, but then I found this really nice one on the course, but then I lost it as well *sad face*

First, it should be +6 and just one double bogey, as my Garmin Approach X40, which I otherwise love, doesn’t realise that women play golf. The scorecard it uses is the men’s and we have one more par 5, so our standard scratch is 35, not 34. Second, 2.3 putts per hole is pretty dire, isn’t it? Yes, but no in this case. I putted well. I did! As Anthony predicted, it was a mix of 1 putt and 3 (and even one 4) putts. I struggled with the different pace. Besides, we’ve had a beautiful week, so our greens have gone from sluggish to lightening fast. Net result: I overhit a lot, but this is something I should be able to correct with a bit of practice. I should end up with a better, more consistent putting technique.